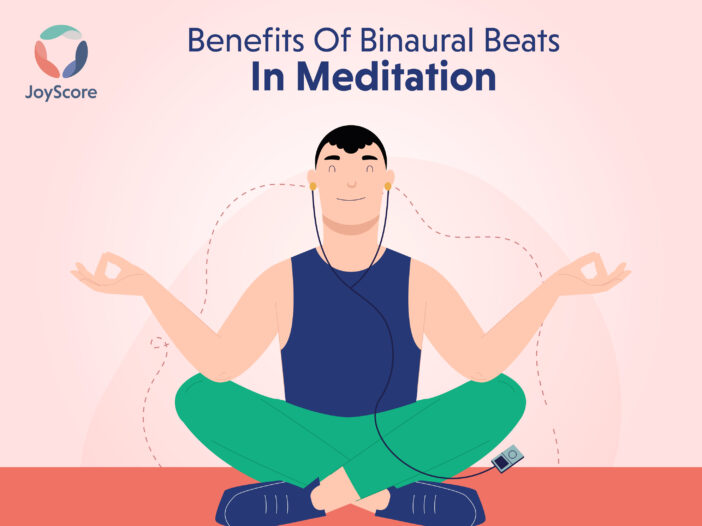 Binaural beats are the coolest thing since sliced bread!

You don’t believe me?

Have you heard of the Monroe Institute? They have been using these binaural beats for years.

Tibetan monks use them, as well as countless other religions, to reach a meditative state. If you’re interested in meditation, binaural beats are a must.

There are two types of binaural beats; one is called “frequency following response” and one is called “binaural entrainment”. The first one is simple. When you listen to a tone with a specific frequency, your brainwave patterns will match that frequency, and you will enter the same state as if you were listening to that tone without headphones.

The second type is more advanced and has only been around since 1995. This method uses stereo headphones and two different tones with different frequencies and phases, so the result is not just a tone but a pulse that follows both frequencies simultaneously. Each frequency corresponds to certain states of consciousness, such as relaxation or wakefulness.

The brain can follow one frequency or both depending upon which state it needs to be in for specific activities.

Binaural beats have been used for brainwave entrainment since the 1800s. Brainwave entrainment is a simple concept. It states that any two waveforms that are close to each other in frequency will induce a state of hypnosis or meditation when they are listened to with headphones. The brain perceives them as one waveform.

What are binaural beats?

Binaural beats therapy is a method used to balance the human brain, and it is done so by creating a low-frequency tone that causes the brain to produce an audio effect (called a binaural beat) that is perceived as a pulsating sound. This process says to the brain that you are relaxed and focused, providing relief from stress and anxiety, encouraging creativity, helping with sleep problems, and much more.

The way it works is by entraining your brainwaves. Brainwave activity will change when listening to binaural beats, depending on whether you are in Alpha, Beta, or Theta waves. Each of these different states has different benefits for the human body and mind.

The concept of binaural beats was first discovered in 1839 by Heinrich Wilhelm Dove, but he didn’t get much further than just recognizing it. It wasn’t until the 20th century that the science behind this practice was fleshed out by Drs. Gerald Oster and Thomas Campbell. Their research showed how people could be influenced by means other than drugs or hypnosis alone.

Two slightly different tones create these sounds. The brain perceives the difference between the two, creating a third sound. Binaural beats can be used to induce relaxation and sleep or to help with focus.

It can be noticed that the low frequencies in binaural beats can sometimes mask the ringing in the ears. If you use them for a few minutes each day, you see an improvement in your “ringing,” making you think they are worth trying.

Most people use them to improve focus while studying or working on a task.

Stress relief: Binaural beats can be used to reduce general stress levels by relaxing the mind and body through their soothing sound waves. They can also be used for more acute stress relief, such as in the case of post-traumatic stress disorder.

Studies have shown that binaural beats are just as effective (if not more effective) than white noise when it comes to helping you fall asleep quickly and stay asleep all night long.

Binaural beats help improve concentration by stimulating certain areas of your brain. These areas control your alertness, creativity, memory, and other cognitive functions. They can help you reach higher concentration levels quickly and easily when practicing any activity that needs focus, such as studying for an exam, learning a new language, or playing a musical instrument.

Good for mental and physical health:

Binaural beats are a scientifically proven, effective way to improve your mental and physical performance. This technology has been used for decades by top athletes, musicians, and other performers to achieve peak states of creative flow.

Note: Tennis legend John McEnroe is a proponent of using binaural beats for improved performance. He claims that listening to these beats helped him win 20 straight matches at the 1984 US Open.

How to use binaural beats for meditation

Binaural beats are a powerful way to enter the meditative state. It’s like turning on your brain’s “chill mode”. You can use these beats in two ways:

1) Use binaural beats while meditating

2) Listen to binaural beats while relaxing

Tibetan monks are known to chant with their heads placed inside large bowls filled with water, which produces a similar effect to binaural beats. The monks listen to these binaural beats in order to induce a meditative state.

If you’re not ready to chant with your head in a giant bowl of water, you can use modern-day technology to experience the same effects. Binaural beats are frequencies played through stereo headphones.

Binaural beats can be used as an aid during meditation because they help focus the mind. This allows you to reach deeper states of consciousness more quickly than usual meditation methods.

There are many different kinds of binaural beats available, but the most popular ones have the following frequencies:

Binaural beats make it easier for your body and mind to reach a deep state of relaxation. Many people find them very relaxing, while others do not feel anything. When listening to binaural beats, it is essential that you listen to high-quality recordings because low-quality recordings do not properly create the desired effect of entrainment.

Download the Joyscore App for more information on the benefits of practicing meditation.

Professor Bhupendra 'Bob' Singhal, has taught creativity by joy and right brain thinking, a renowned international architect, won major design competitions, has over 70 awards, publications, media mentions and served as President of the American Institute of Architects South Bay. In 2011, in his book Joy in Health and Happiness: Your Optimal Path to Success, Professor Singhal wrote about the transformative power of joy and helped readers learn to enhance their daily experience of it.